Susie Ruckel
03:29 22 Nov 22
Technician was very friendly and explained everything to me.

Michael Christman
22:05 15 Nov 22
Eli Dover visited our home and did a very thorough systems check and maintenance to our HVAC system. He is knowledgeable and professional in his approach. Stayed as long as it took to get the job done correctly. A breath of fresh air from a customer service perspective.

David Smith
22:49 11 Nov 22
Our AC recently stopped cooling, and we contacted Garner to schedule service. They were able to send a technician the same day. That technician, Elijah Dover, was punctual, assessed the situation quickly, and got our AC up and running in a very short time. He was also able to conduct our annual system maintenance inspection, which had not yet been formally schedule. Elijah was knowledgeable, thorough, and efficient. Well done.

Denise Vertrees
01:30 10 Nov 22
Garner Heating and Air are top notch! They have always been extremely responsive and easy to work with. Elijah was the service technician that checked our HVAC to make sure it was running properly. He explained the damper system and answered all the questions we had.Thank you so much for your professionalism and excellent customer service. You just don't see that quality in many businesses these days.Denise Vertrees

Sharon Cain
13:28 01 Nov 22
Ethan did a great job installing the LED Reme Halo on our unit. He was courteous and went right to work. We would definetly use Garner Heating and A/C again.

chris lawrence
17:35 31 Oct 22
We had Max back to our residence recently for our lightning issues that were still giving us issues.He has been very professional and informative regarding all of the issues that we have encountered.I would recommend them to all in need.Thank you again.

Lynn Sundholm
14:59 31 Oct 22
I have nothing but accolades for Garner HVAC. Their service personnel are very knowledgeable, professional and service oriented. Options were presented without pressure. I felt valued as a customer and did NOT feel like they were doing a “rushed job”. I have and will continue to recommend this company.

Paige Norman
14:28 31 Oct 22
Have been using their maintenance program for several years. Always prompt and send out professional people. I am always pleased with what they do and any suggestions they may make. He actually offered to change my filter which no one has ever done before. He was extra attentive and very nice.

RL RL
18:37 28 Oct 22
I contacted Garner A/C after I used a different company to try and located a leak I had in my new Mini Split system. I was charged several hundred dollars and the problem was never fixed correctly. On top of my frustration the installer with the other company was less than professional and not interested in solving the issue. Elijah with Garner A/C was a true professional with a level of knowledge unmatched and truly dedicated to fixing the problem. His attitude and personality was respectful and pleasant to work with. Everything he did was clearly explained in detail, which made it easy for me to make the decision to use them. The leak in the system was found within 20 mins and a comprehensive plan was initiated to resolve the leak once in for all. I truly value the service and commitment exhibited by Elijah with Garner A/C company. As a result of this positive experience I will be using Garner A/C company for all my heating and cooling needs. Thanks again! RL

Kimberly Dollar
16:57 26 Oct 22
Very pleased with Garner Heating &A/C. Answered all my questions, explained all services (offered, needed, and performed). They even took pictures to show me the exactly condition of the equipment in my attic and then again to show me what work was completed. I will be signing service contract for bi-yearly inspections/service. Much thanks to the staff and technicians!!

Jeanette Short
17:30 23 Oct 22
Excellent service and tech was very efficient and friendly. Kudos to Garner on their tech training and providing wonderful customer service throughout the organization.

Marcel Young
20:19 13 Oct 22
Garner responded same day that me HVAC system failed. Since it was 17 years old, it was time to replace it in lieu of repairing it. A new system was installed within 3 days. The ductwork was replaced the following week. They were very professional and knowledgeable. Thank you.

Alberto De La Garza
16:02 11 Oct 22
Very professional and knowledgeable of their business, and with this Texas heat you want the very best to take care of your cooling/heating system. Thank you guys!

Debbie Byington
19:54 06 Oct 22
Eli was on time, polite and explained all he did. He gave a recommendation regarding my air ducts and was very knowledgeable. Every technician I have dealt with from Garner have been very professional and friendly.

Rex Johnson
18:26 25 Sep 22
They gave a very competitive quote but on better quality equipment and and thermostat. I received and increased labor and equipment warranty. Even the thermostat was increase to 5 years as they installed it. Did two units upstairs and down stairs complete remove and new installation. Great people that came to the house for estimate and the installation. They are not a chain and are locally owned. Would highly recommend them for any repair or new installation.

Diane Pierce
20:47 12 Sep 22
Matt was excellent. He even told me to replace my filter monthly during summer. If I had been informed initially, my baseboards and floors would not be ruined.

Mat Cain
18:49 31 Aug 22
I've been a Garner Heating And Air Customer for years and I have never been disappointed with their service. I recently had a small problem with my downstairs air handler. I shot Garner AC a text and they promptly replied. They responded with a text telling me that technician Matt Fleischauer would be coming out to the house to take a look. Within an hour or so Matt showed up - diagnosed and fixed the issue. The problem and work to be done was well explained by Matt and after the work was complete I was emailed all of the information about the service. Garner Heating and Air was fast and professional which is why I will continue to use them for all my HVAC needs and cannot recommend them enough.

Diane Hill
16:03 31 Aug 22
I was very impressed at how quickly they responded when we had a cooling issue.

Carla Moore
14:11 31 Aug 22
Garner Heating and Air has kept my system running smoothly for more than two decades! Always prompt and professional and most of all - trustworthy.

Connie M
18:57 30 Aug 22
Leonard came out to do our routine maintenance. He was polite, on time and answered various questions I had for him. I have been happy with everyone I dealt with so far.

Dean Haney
15:37 27 Jul 22
The technician, Matt, was on time upfront, honest. He provided neede informatio as well as a quick repair to our AC. I willingly signed an additional maintenance contract because ofthe actions and friendly professionalism of Matt, No sales call was needed I will be using Garner again, I will also ask for Matt. He is the best I have eve dealt with. They surpassed expectations, 5 star rating with bonus points!

Larry Massung
01:39 30 Jun 22
The technician (Max) arrived on-time; called ahead to say he was on his way; was professional and very knowledgable; and, performed a thorough maintenance checkup. He readily answered questions and offered answers in easily understood layman's terms. Great service!

Jamey Amell
20:50 29 Jun 22
I can't recommend Garner Heating & Air enough. We had a frustrating vent issue that had been incorrectly diagnosed by multiple companies and Garner was the only company that pointed us in the right direction. We called them without hesitation later when we needed AC repair during the hot Texas summer and they were quick and reliable as usual. We are so happy to have a local HVAC company that we can trust. Garner is wonderful!

Kenna D
10:34 12 Jun 22
Garner Heating & Air Conditioning and their technicians are the best!
See all reviewsWrite a review

Different AC units work differently to cool your home. Variable speed compressors are highly efficient, but what exactly is the difference between variable speed, traditional single stage units, and two stage air conditioning systems? Here are some simple run downs of these types of AC units. 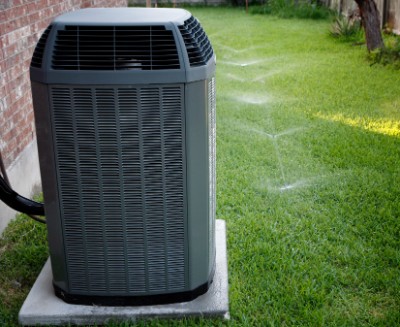 When the temperatures inside your home rise above what you have set on your thermostat, the single stage compressor kicks into action. Once the air has successfully been cooled back down to the desired temperature, the air conditioner will turn itself off until it is needed again. These systems have been used for decades, however they are one of the least energy-efficient air conditioning options, because your AC unit uses the most electricity when it is turning on, and less when it is just operating.

This is also known as a dual stage compressor. When compared to a single stage which only has one level of operation—high—the two stage AC unit can work at low or high levels of output. It runs at a high level of output when needed and at a low level the rest of the time. Although these units don’t run as efficiently as variable speed AC units, they turn on and off less often than single stage units, putting them in the middle range of efficiency by comparison. 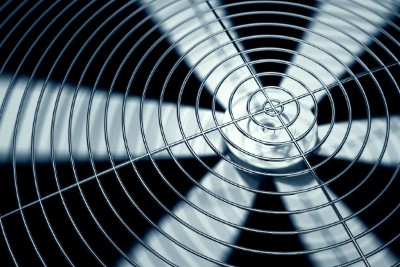 The most energy-efficient AC type, a variable speed air conditioner will run at varying, low output speeds to ensure the temperature in your home stays where you have set it. This AC will rarely turn on and back off, instead running for long periods of time and consuming as little energy as possible.

Because they run longer, variable speed AC units also dehumidify the air in your home better than the shorter cycles of a single stage AC unit. Because dryer air feels cooler than more humid air, you’ll be able to set the thermostat at a higher temperature without sacrificing comfort, enabling you to use even less energy.

Which Kind of Air Conditioner is Best For You?

Now that you know more about the different types of AC unit and how they affect your energy bills, it’s time to call Garner Heating & Air Conditioning to schedule installation of your newer, more efficient air conditioning system. 512-392-2000